It may seem strange to make such a statement in the wake of the much-heralded U.S.-China climate deal announced November 12.Â  So let me clarify.

President Obama did announce the intent to reduce U.S. carbon emissions 26-28% by 2025, while China said it would peak carbon emissions and generate at least 20% of its energy from non-fossil sources by 2030.

All well and good, but far from the 6% annual emissions cuts required to hold overall global warming under 2Â° Celsius, the minimal borderline between climate disruption that is merely severe and that which is utterly catastrophic (though many scientists believe the cutoff is more like 1.5Â°C). In other words, the U.S.-China agreement represents only a slower road to climate hell.

â€œThe agreement with China is a good first step. But we hope it is but a first step because it is not enough to prevent significant climate change,â€ noted Kevin Trenberth, senior scientist at the National Center for Atmospheric Research.

Unfortunately, it may be the last step possible in the current political environment.Â  Republican election victories in the U.S. Senate and states around the country have put legislative progress on global warming into a deep freeze. 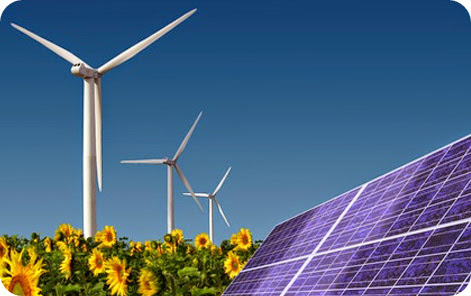 Breaking through a dead-ended climate politics will require advancing a bold vision for a low-carbon-society and a plausible roadmap to achieve it.

In Washington State hopes for a state climate policy victory with national implications were stirred by the 2012 election of climate hawk Jay Inslee to the governorship.Â  Failure to take the State Senate back from Republican control, despite huge contributions from high-net-worth funders, leaves the state climate community up against a legislative brick wall.Â  The governor’s climate task force issued its report Nov. 17 lining out options for a carbon tax and a cap-and-trade system. The governor will certainly try to achieve whatever he can, but a Senate Republican majority that refuses new revenue measures is a huge hurdle. Â A ballot initiative might be the next step.Â  Polling indicates majority support, but not by a margin that ensures confidence in the face of what would surely be a tsunami of fossil fuel industry campaign spending.

So instead of being a first step, the U.S.-China agreement seems more on the order of as good as it gets.Â  Politics is sometimes defined as the art of the possible.Â  The agreement illuminates the boundary of what is possible at the current moment.Â  The road ends here, at least the road that has been built to date.

An absolutely crucial point is that the emissions reductions Obama was able to bring to the table are the product of victories won years ago by climate advocates working at the state level.

The Daily Beast quotes Ethan Zindler, an analyst at Bloomberg New Energy Finance, Â â€œThe commitment on the U.S. side is a summation of a variety of commitments that have already been made. The president canâ€™t go out and promise new stuffâ€”not even with this Congress, let alone the Congress heâ€™s going to have next year.â€

Instead, Obamaâ€™s pledge was made on the basis of Environmental Protection Agency regulation of carbon emissions from power plants, and a vehicle fuel efficiency agreement with the auto industry.Â  Resulting carbon reductions are the substance of the U.S. side of the agreement.Â  (Chinaâ€™s pledge is also in line with its expected emissions curve.)

Power plant regulation is the result of a Supreme Court case by Massachusetts against the Environmental Protection Agency asserting that carbon dioxide is a threat to human health and thus must be regulated under the Clean Air Act.Â  Massachusetts, joined by a set of states with pro-climate politics including Oregon and Washington, won the case in 2007.Â  The states forced EPA to regulate power plant CO2. And this is not fully secure under a Republican Congress.Â  Already there are threats to cut off EPA funding for power plant regulation.

The fuel efficiency agreement was the product of a very deliberate campaign by climate advocates to increase state-level regulation of vehicle tailpipe emissions.Â  A California law that limited CO2 pollution from cars and trucks opened the door.Â  Because California air pollution regulations pre-dated federal law, California is legally allowed to make its own rules.Â  Other states are allowed to opt in.Â  A mid-2000s effort pushed states to do just that, including Oregon and Washington.Â  The thought was that if enough states enacted higher standards, auto companies would no longer find it worth it to manufacture two lines of vehicles.Â  They didnâ€™t, so Obama had the clout he needed to extract the agreement from Detroit.

Thus Obamaâ€™s ability to go to China and make pledges rests on victories won in the middle of the last decade based on political strength in specific states.Â  The two state-level carbon regulation systems in the U.S. date from that era as well.Â  Californiaâ€™s cap-and-trade and the Northeast Regional Greenhouse Gas Initiative were both enacted in the mid-2000s.Â  That was when there was still some bipartisan energy behind climate action.Â  The California system was passed with the support of Republican Gov. Arnold Schwarzenegger.Â  New York Republican Gov. George Pataki initiated the Northeast system.Â  That was before global warming became a cultural-political divide on the order of abortion.Â  Similar victories today would require a level of unity among Democrats that they so far have not demonstrated.

So that puts the question â€“ If we have reached the limits of the politically possible how do climate advocates expand the boundary?Â  How do we build on what has been accomplished to enact carbon reducing policies that will avert catastrophic climate disruption?

The quick answer is â€“ Not by stepping back or pulling in our horns.Â  But by boldly lining out the full scope and scale of carbon-reducing changes that are scientifically required.Â  We need to create a political and moral demand for a genuinely low-carbon society and economy, with emissions reductions that match the science.Â  We need to build a vision of that society and economy that makes sense to people with a plausible roadmap to that destination.

We need to work in a 2020s and 2030s timeframe, understanding that because we do not have the political juice to make the big changes now we will need to make even bigger changes in the coming two decades.Â  We must aim at building the level of political will and popular support needed to make those changes.Â  We must put the demand on the table.

It must be about rapid transition to low-carbon energy, about shifting the electrical grid to 100% renewables, about powering our transportation system fully with clean fuels, about making a society that uses energy far more efficiently, about transforming forestry and farming to soak carbon from the atmosphere.Â  It must also be about shared prosperity and economic equity, building social, economic and environmental sustainability in unison.Â  Because if we donâ€™t work on all three aspects of sustainability at once we are unlikely to achieve any of them.

Right now this is a project of building a common vision and roadmap, and communicating it broadly. Â Tables must be brought together Â joining environmentalists, labor, ethnic communities, faith communities and other progressive constituencies to build the vision and roadmap. Â The product must be communicated through extensive public education efforts that reach the grassroots level.Â  Of course the climate movement should not give up on incremental changes that can be made now. Â Any coal plant that can be shut down, any pipeline of coal port stopped, any improvement in clean energy policy that can be made will advance the cause. Â The framework of a larger, long-term agenda will strengthen all such efforts.

In creating vision and making demands, let us focus on the importance of place.Â  It is hard for people to wrap their minds around abstract global concepts.Â  It is easier to envision what change looks like if it is set in the context of place, of peopleâ€™s communities and regions.Â  People love their places and are loyal to them in a way that transcends party and political lines.Â  Generating a vision for a better city or state is the ground on which to generate demand a better world.Â  Change at the top begins from the bottom up, as with the coal plant and vehicle efficiency regulations.

This is not time to pull back but to boldly step forward. Â Courage and determination will carry us through if we adopt a long-term perspective and begin building from the grassroots now.Â  If climate politics is dead-ended we need to build a new road.Â  Let us create a popular aspiration for low-carbon places and regions by building visions and roadmaps to get there. This is the route that is open to us now.Î¦

Patrick Mazza has worked in journalism and advocacy since 1978. He had a seminal role in the Northwest ancient forest movement in the mid-1980s and was a pioneer in the Green City/Urban Sustainability movement, jumping in during the late 1980s and early 1990s. In 1994 he was editor of Cascadia Planet, one of the first 11,000 websites on Earth, and one of the very first bioregional sites. From 1998-2013 he worked for a climate group he helped co-found called Climate Solutions. He also co-authoredÂ Stormy Weather: 101 Solutions to Global Climate Change, with Guy Dauncey. Now Mazza works independently to forward solutions to climate change and global sustainability through his practice, MROC. He has a daughter in her late teens, and is dedicated to doing what he can to leave the world in the best shape he can for her.