The White House’s budget blueprint released Thursday seeks to revive spending for a hotly contested facility in Nevada that would store the nation’s nuclear waste.

President Donald Trump is asking Congress to approve $120 million in spending to restart licensing activity at the Yucca Mountain repository and fund an interim storage program. That would allow development at the remote site located about 100 miles from Las Vegas to start up again. 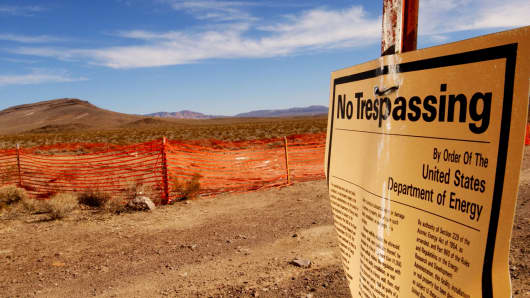 A “no trespassing” sign outside the proposed nuclear waste dump site of Yucca Mountain in Nevada. Getty Images

Most Nevadans oppose the plan, which would consolidate the U.S. nuclear waste load currently spread across the country in their state. The project has essentially been on ice since 2010, when then-President Barack Obama suspended licensing for the Yucca Mountain facility. 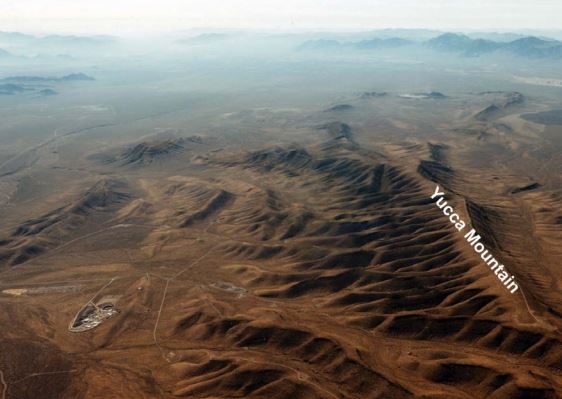 On Thursday, Cortez Masto said in a statement that Trump’s “proposal to invest in Yucca Mountain is a nonstarter — it is dead, it has been for years, and that will not change.”

“Washington needs to understand what Nevada has been saying for years: We will not be the nation’s nuclear waste dump. This project was ill-conceived from the beginning and has already flushed billions of taxpayer dollars down the drain,” he said in a statement.

Congress directed the U.S. Department of Energy to study Yucca Mountain as a nuclear waste repository in 1987. The agency filed for a construction permit there in 2008.

The budget proposal puts Energy Secretary Rick Perry in a tough spot. While serving as governor of Texas, he said Nevadans shouldn’t be forced to house the country’s nuclear waste in their state if they don’t want to.

Asked during his Senate confirmation hearing whether that was still his view, Perry told Cortez Masto he would “happily salute” her legislation if it were passed. 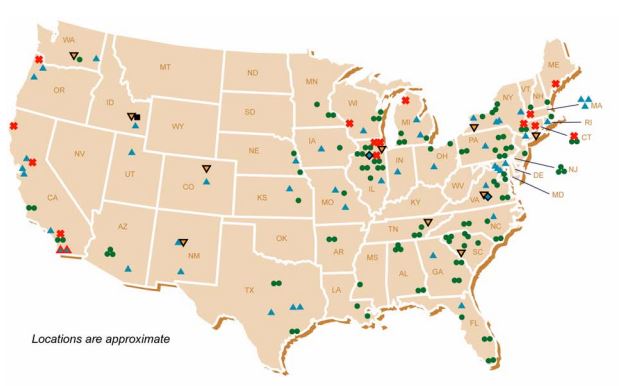 Perry pledged to solve the dilemma over what to do with America’s nuclear waste, but offered few concrete solutions.

“Hopefully this is the beginning of seeing real movement, real management of an issue that I think no longer can sit and be used as a political football, one that must be addressed,” he said.

Under a 1982 law, the federal government was supposed to begin moving nuclear waste to a permanent location by 1998. There is currently more than 70,000 metric tons of waste stored at U.S. nuclear power plants.

The industry has pressured D.C. to find a solution. Energy companies have mounted legal challenges that have cost the government more than $5 billion in settlements — a figure that could balloon to $29 billion by 2022, according to the Nuclear Energy Institute, a lobbying group.

States that currently store nuclear waste have also pushed for a resolution. This week, Texas Attorney General Ken Paxton sued the federal government to force a vote on the Yucca Mountain site.Φ

Tom DiChristopher is an award-winning multimedia journalist who covers energy for CNBC.com. He previously coordinated online coverage of broadcast guests for a number of CNBC’s Business Day programs. DiChristopher joined CNBC.com at the outset of the 2014 crude price downturn and has since reported on the fallout in the U.S. oil patch and abroad.

← Protest and Persist: Why Giving Up Hope is Not an Option
Focus on Whistleblowers’ Information, Not Sources or Motivations →