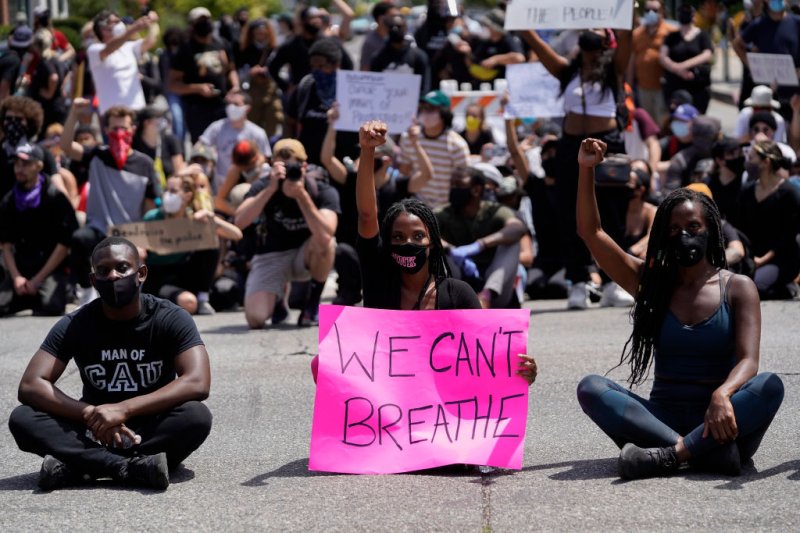 Protesters sit at an intersection in West Hollywood during demonstrations in Los Angeles, Calif. on May 30, 2020. Warrick Pageâ€”Getty Images By Associated Press July 21, 2020 10:51 PM EDT

(LOS ANGELES) â€” Leaders of the nationâ€™s largest county on Tuesday unanimously approved a sweeping plan to address systemic racism and bias in its policies, practices and services.

The measure passed by the Los Angeles County Board of Supervisors is intended to strengthen efforts to combat inequality within bureaucracy and hold officials accountable if they fail to uphold antiracist policies.

The motion was introduced by Supervisor Mark Ridley-Thomas, who is Black. He said it was inspired by nationwide protests over the Minneapolis police killing of George Floyd.

Ridley-Thomas said the plan should guide county leaders in pushing back against racism in areas from health care to law enforcement, to ensure that all policies address inequities faced by minority residents. Department heads would be evaluated on their efforts to meet at least one goal of the antiracist policy agenda. The county would also be graded annually through a report on the state of Black people in the county, written by a university or research institute, the Los Angeles Times reported.

The approval also makes LA County the 37th county in the nation since last year to declare racism a matter of public health, according to the National Association of Counties.

On a separate motion, the supervisors voted 4 to 1 to put a measure on the November ballot that would require at least 10% of the countyâ€™s general fund go toward social service and racial justice programs.

The measure would ask voters to approve the reallocation via a change to the county charter. Money would be redirected to areas including job training, mental health services and affordable housing.

Additionally, the supervisors approved a spending plan for $1.22 billion in federal and state coronavirus relief funds.

Supervisor Kathryn Barger said the money would be used to â€œprovide essential services, expand testing, contract tracing and meet tangible needs for working families and small businesses who are struggling and increasingly bearing the burden of the COVID-19 pandemic.â€³

A chunk of the federal funds will go toward a three-year, $800 million plan to house 15,000 homeless people in Los Angeles County who are considered most vulnerable to the coronavirus.

The plan provides various housing measures, including rental subsidies, through next June, along with various services. Over the next two years, efforts would be made to move people into permanent housing.

The Associated Press is an American not-for-profit news agency headquartered in New York City. Founded in 1846, it operates as a cooperative, unincorporated association. Its members are U.S. newspapers and broadcasters.

This article was published on July 21 in the Los Angeles Times.