Barbara Arnwine was livid about this fluorescent violation of both Georgia and Federal voting rights law, a subject she teaches at Columbia University.

â€œAll the polling sites they cut were in Black and Brown neighborhoods,â€ said Arnwine, Founder of the Transformative Justice Coalition, who relocated to Atlanta for the US Senate run-offs. She expressed concern that Georgia leads the nation in new, sophisticated Jim Crow vote manipulation tactics.

And some less sophisticated tactics as well, like this shut-down of polling stations in Black neighborhoods in Cobb County. Itâ€™s a trick the ACLU of Georgia busted in the 2018 race between now-Governor Brian Kemp and Stacey Abrams.

These five early voting stations are supposed to serve over half a million voters in a county that includes the suburbs of Atlanta. 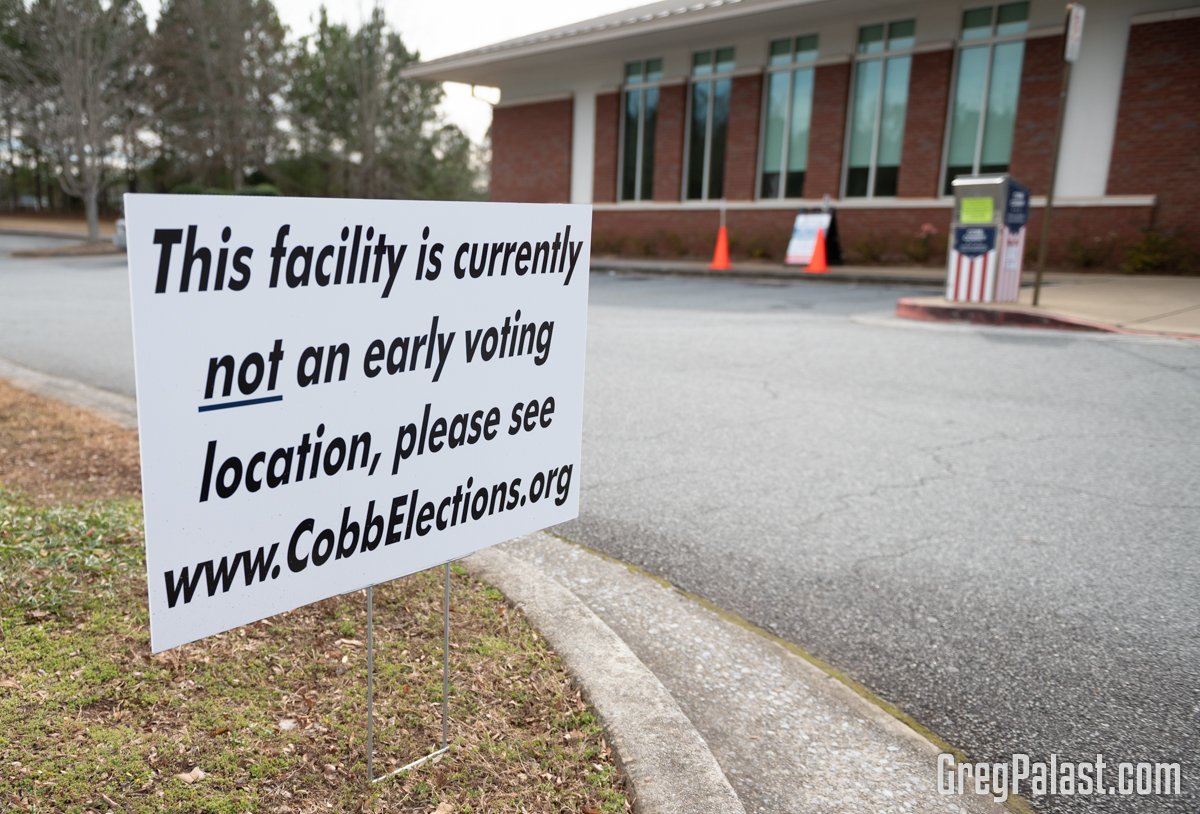 Georgia law, the ACLU wrote to the Georgia state officials, does not allow for closing polling stations after November 5. Local officials, unavailable to speak to us, have told media that they did not have enough poll workers to follow the law, though voting rights groups have offered to fill the gap.

The hidden reason may be the composition of the countyâ€™s board â€” overwhelmingly Republican â€” contrasting to the shift in their votersâ€™ will. In Cobb, President-Elect Joe Biden crushed President Donald Trump, 56% to 42%.

With Georgia voters to decide control of the United States Senate in a special run-off on January 5, GOP officials appear to be doing all they can to make voting for African-Americans a hellacious experience, Arnwine concludes. While pressure on the County forced the opening of two new early poll sites, that still left some voters of color driving 12 miles from their neighborhood station to the new one. 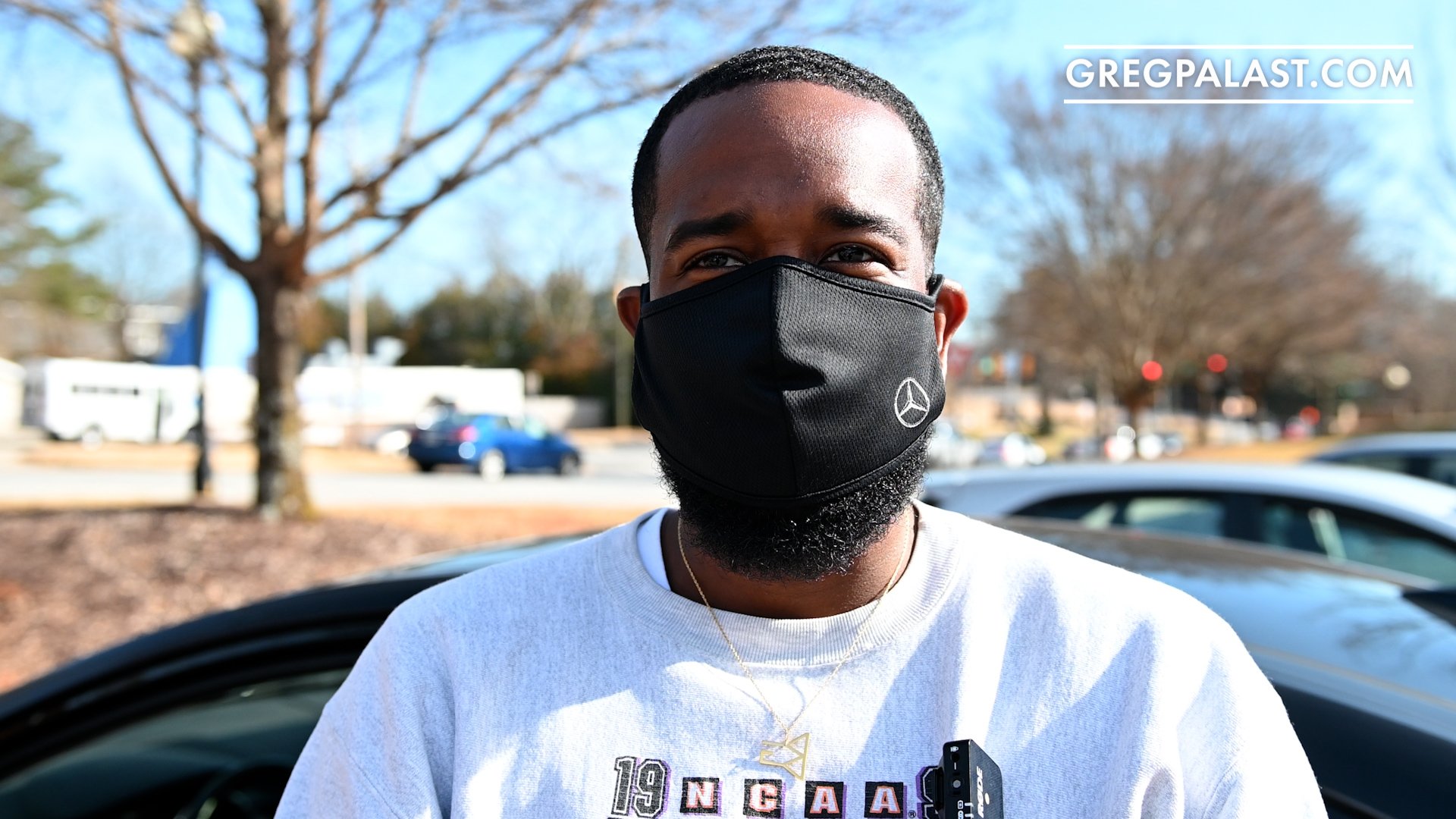 And it caused massive confusion, as voters assumed their neighborhood poll would be open for early voting as it was in November. We encountered Bradley Grayson at the same polling location he voted at in the General which is now, to his surprise, shuttered.

â€œI came here to early vote. This is where I came to early vote for the Presidential Election. Then I found out this place was closed.â€

Grayson, an African-American, was a bit flustered, but undiscouraged. â€œLooks like Iâ€™ll be trying to go to another location at some point.â€ 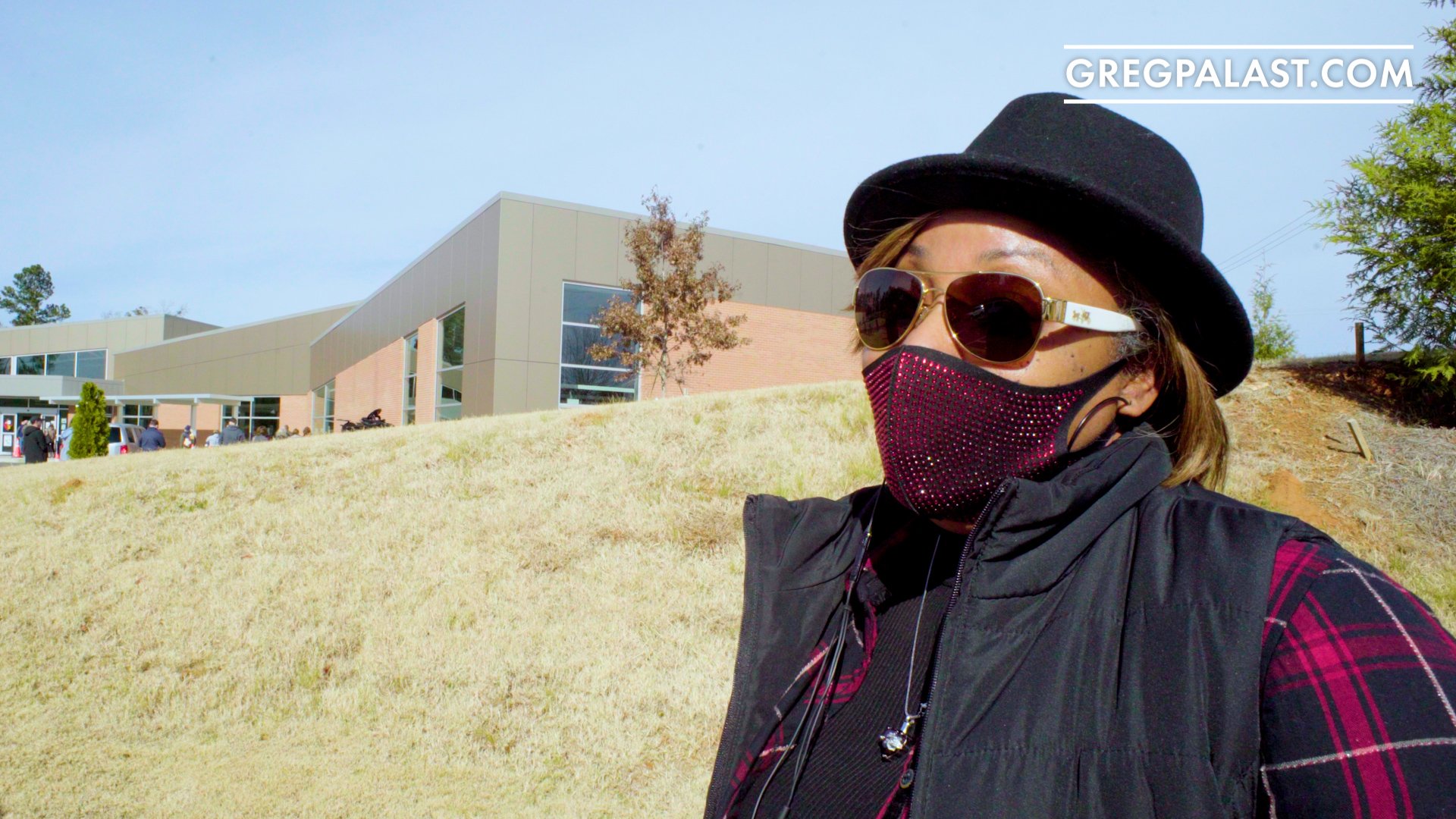 If he does, heâ€™ll have quite a wait. We spoke with Cassandra Oliver, another Cobb County early voter, who was at the end of a very long line at a new early voting location that combined two other locations. Some reported waiting three hours.

But Oliver was committed to stick it out.

â€œI think it is affecting a lot of people getting out here, but I think theyâ€™ll still make the sacrifice because they see the importance of it.â€ 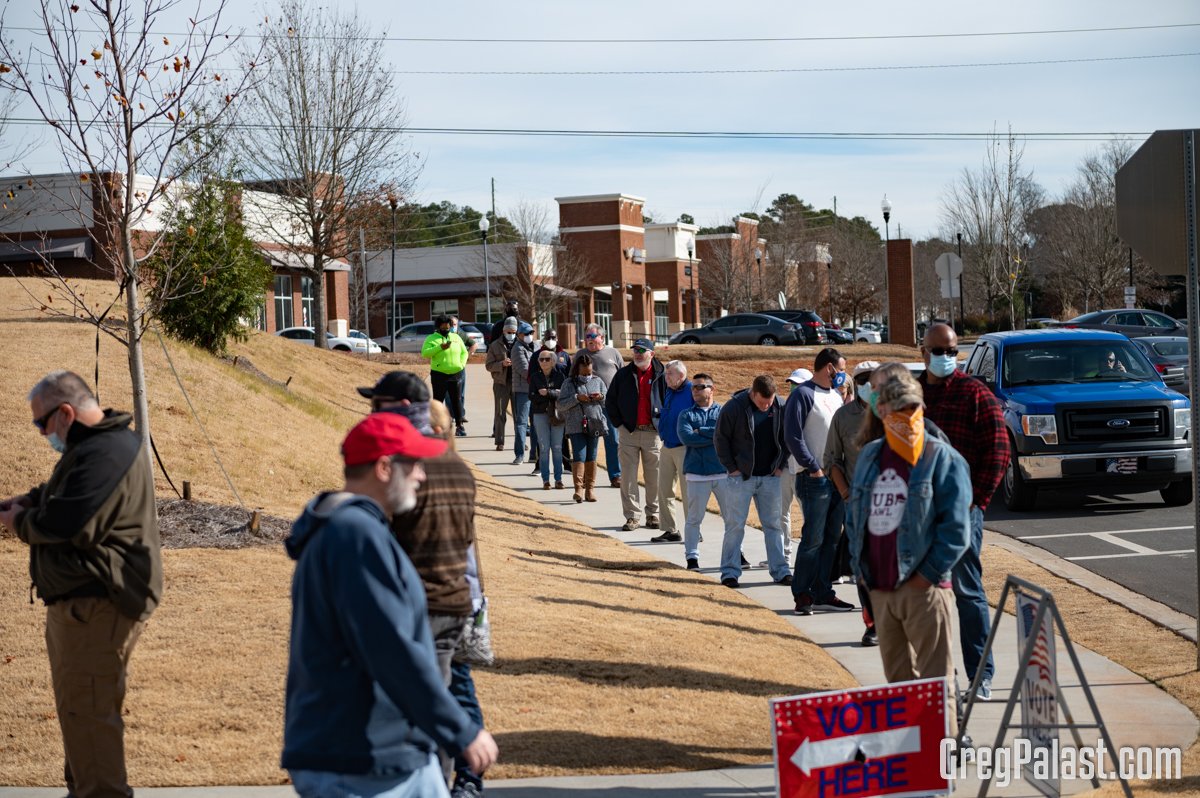 Polling station closures in Cobb County cause long lines at the ones that remain open. Photo: Zach D. Roberts, Â© 2020

Arnwine said, â€œThey knew it was going to cause long lines.â€ She noted that African-American and Hispanic communities are known to vote early. She explained that the targeting of Black neighborhoods for the poll culling was deliberate, and therefore, a violation of the US Voting Rights Act.

More than 120 of Georgiaâ€™s counties simply closed polling stations on the weekends, Arnwine noted, in violation of Georgia law. She said officials know full well that they are blocking Black and Hispanic voters from their traditional turn-out for early voting â€œSouls-to-the-Pollsâ€ Sundays.

Arnwine was in Cobb County as part of a flying squad of voter protection experts. On Friday, she joined Black Voters Matter, Operation Rainbow/PUSH and others in a new federal lawsuit demanding the State of Georgia return wrongly â€œpurgedâ€ voters to the rolls, 198,000 voters in all.

The suit is based on a report by The Palast Investigative Fund and released by the ACLU of Georgia identifying by name each of these wronged voters. Their registrations were cancelled based on false information.

At the polling site, Palast encountered two voters, about to use absentee ballot drop boxes but, the reporter noted, failed to write in their return addresses â€” making their ballots subject to disqualification. The final number of disqualified absentee ballots is expected to exceed well over one hundred thousand, estimates Arnwine.

As of Monday morning, over 2.1 million Georgians had voted early, either by waiting in record-length lines at the polls or by using ballot drop-boxes.

Stay tuned for more on our continuing litigation against Georgiaâ€™s “Purgeâ€™n General.”

Greg Palast is an award-winning investigative reporter, four-time New York Times Bestselling author, and documentarian. He seeks justice and shines a light on the truth. His investigations have become instrumental in exposing historic controversies including the Shoreham Nuclear Power Station Project, Exxon Valdez, the 2000 U.S. Presidential Election, and Deepwater Horizon.

Zach D. Roberts is a photo/video journalist whose work has been published on the cover of the New York Daily News, The Observer, The Guardian and on the inside of the New York Times, TheNation.com, Al Jazeera, Washington Post, Buzzfeed and Newsweekâ€¦ to name a few. For the past 10 years, he has been on the trail covering social movements, investigating election theft and corporate crime (with Greg Palast) and most recently tracking white extremism. Some notable events and stories he has covered are Ferguson, Euromaidan in Kiev, Occupy Wall Street, the Unite the Right Rally in Charlottesville, and over a dozen different Trump rallies.

This article was published on December 28, 2020, at the Greg Palast Investigative Journalism site.

← Concerning Violence and Hate: A New Year’s Wish
An Open Letter on DAPL →