Prime Minister Justin TrudeauÂ took provinces by surpriseÂ Monday [October 3] by announcing they haveÂ until 2018 toÂ adopt a carbon pricing scheme, or the federal government will step in and impose a price for them.

A tough-talkingÂ Trudeau told MPs in the House of Commons that provinces can craft a cap-and-trade system or put a direct price on carbon pollution â€” but it must meet the federal benchmark or “floor price.”

“If neither price nor cap and trade is in place by 2018, the government of Canada will implement a price in that jurisdiction,” he said. 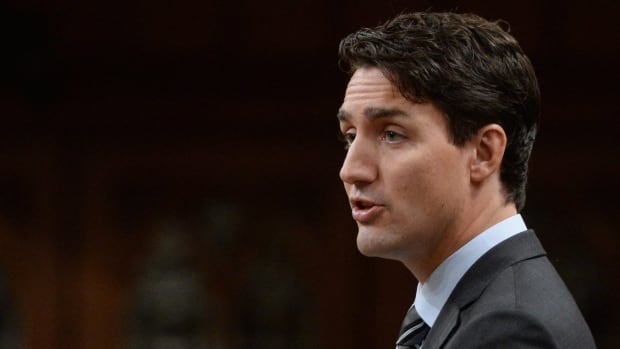 Prime Minister Justin Trudeau delivers a speech at the start of the Paris climate
agreement debate in the House of Commons Monday [October 3], announcing a ‘floor’ carbon
price of $10 a tonne by 2018, and $50 a tonne by 2022. (Sean Kilpatrick/Canadian Press)

Trudeau made the announcement in leading off parliamentary debate on the Paris climate change agreement Monday, making the case for Canada to cut greenhouse gas emissions by 30 per cent from 2005 levels by 2030.

Provinces and territories that choose a cap-and-trade systemÂ must decrease emissions in line with both Canada’s target and with the reductions expected in jurisdictions that choose a price-based system.

Whatever model a province chooses, Trudeau said, itÂ will be revenue neutral for the federal government, with any revenues generated under the system staying in the province or territory where they are generated.

Trudeau insisted the plan will be good for the economy, good for innovation and good for jobs.

“Here, he lowers the boom on the provinces and said, ‘I’m not going to co-operate with you. It’s my way or the highway,'” Fast said.

Green Party Leader Elizabeth May praised the Liberal government’s “leadership” at last year’s climate talks, but said keeping theÂ 2030Â target set by the previous Conservative government under former prime minister Stephen Harper is “incompatible” with the commitments made there.

“How can he reconcile adopting the Paris agreement while accepting the Harper target, which will make achieving Paris impossible?” she asked.

NDP environment critic Linda Duncan also accused the Liberals of backtracking on targets they once denounced as inadequate, weak and catastrophic. The government has signed on to the Paris agreement without a clear plan and firm measures to meet targets.

Environment Minister Catherine McKenna was trying to reach a consensus with provincial and territorial ministers on a pan-Canadian plan, but is facing some fierce pushbackÂ on a national carbon-pricing scheme. Upset ministersÂ from Saskatchewan,Â Nova Scotia and Newfoundland and Labrador walked out of the meeting early after getting word of Trudeau’s plan.

Saskatchewan Premier Brad Wall was incensed that Trudeau would make the announcement as his minister pushed a “collaborative” plan with the provinces.

Wall said thatÂ Saskatchewan “will investigate all options to mitigate the impact of one of the largest national tax increases in Canadian history.”

Alberta Premier Rachel NotleyÂ said she supports the principle of a common price on carbon, but could not yet embrace the amounts laid out today.

Any targets must come hand-in-hand with energy projects like pipelines, she said during an interview on CBC News Network’s Power & Politics.

“We think it needs to happen concurrently with concrete action on energy infrastructure and in particular on getting a pipeline to tidewater,” she told host Rosemary Barton.

“We believe it’s good, and it’s not going to affect the functioning of our trading system,” he said.

According to figures from Canada’s Ecofiscal Commission, an independent research firm, Alberta and B.C. are the only two provinces with a direct carbon tax system.

Ontario and Quebec have cap-and-trade systems, but neither province is on track to meet federal targets.

Quebec’s current estimated equivalent price is about $16.40 per tonne, and is expected to climb to $18 per tonne by 2020

Ontario’s plan would have an estimated equivalent price of $19.40 per tonne by 2020, according to Canada’s Ecofiscal Commission.

He called Trudeau’s announcement a “positive step” for Canada’s effort.

“We remain firmly committed to establishing our carbon market, linking with Quebec and California and growing carbon markets both in Canada and around the world in an effort to fight climate change,” he said.Î¦

Kathleen Harris is a senior writer for the Canadian Broadcasting Corporation.