Fourteen years ago on March 19, 2003, I resigned from the U.S. government in opposition to President George W. Bushâ€™s decision to invade and occupy Iraq, an oil-rich Arab/Muslim country that had nothing to do with the events of Sept. 11, 2001, and that the Bush Administration knew did not have weapons of mass destruction. 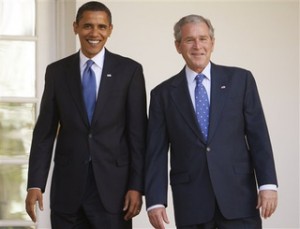 Barack Obama and George W. Bush at the White House.

In my letter of resignation, I wrote of my deep concerns about Bushâ€™s decision to attack Iraq and the predictable large number of civilian casualties from that military attack. But I also detailed my concerns on other issues: the lack of U.S. effort on resolving the Israel-Palestinian conflict, the U.S. failure to engage North Korea to curb nuclear and missile development, and the curtailment of civil liberties in the United States through the Patriot Act.

Now, three Presidents into the Iraq War and other unsettled conflicts, the problems that I was concerned about in 2003 are even more dangerous a decade and a half later.

As a U.S. diplomat, I was on the small team that reopened the U.S. Embassy in Kabul, Afghanistan, in December 2001. Sixteen years later, the U.S. is still battling the Taliban in Afghanistan, as the Taliban takes more and more territory, in Americaâ€™s longest war, while the graft and corruption within the Afghan government due to the mammoth U.S.-funded contracts for support of the U.S. military machine continues to provide the Taliban with new recruits.

The U.S. is now fighting against ISIS, a brutal group that emerged because of the U.S. war in Iraq, but has spread from Iraq into Syria, as the U.S. policy of regime change has resulted in arming international as well as domestic Syrian groups to fight not only ISIS, but the Syrian government. The deaths of civilians in Iraq and Syria continue to rise with the acknowledgement this week by the U.S. military that it is â€œlikelyâ€ that a U.S. bombing mission killed over 200 civilians in one building in the Iraqi city of Mosul.

Imprisonment of Palestinian children for throwing rocks at Israeli occupation military forces has reached crisis levels. Evidence of the Israeli governmentâ€™s inhumane treatment of Palestinians has now been formally called â€œapartheidâ€ in a United Nations report that resulted in massive Israeli and U.S. pressure on the U.N to withdraw the report and force the Under Secretary of the U.N. who commissioned the report to resign.

The war on civil liberties of U.S. citizens under the Patriot Act resulted in unprecedented surveillance through cellphones, computers and other electronic devices, massive illegal data collection and indefinite, perpetual storage of private information of not only U.S. citizens, but all inhabitants of this planet.

In the latest bizarre twist, President Donald Trump has accused President Barack Obama of â€œwiretappingâ€ the Trump Tower in New York City during the Presidential campaign but then â€“ amid widespread denials â€“ refused to provide any evidence, although itâ€™s true that virtually all citizens have become targets of electronic surveillance. 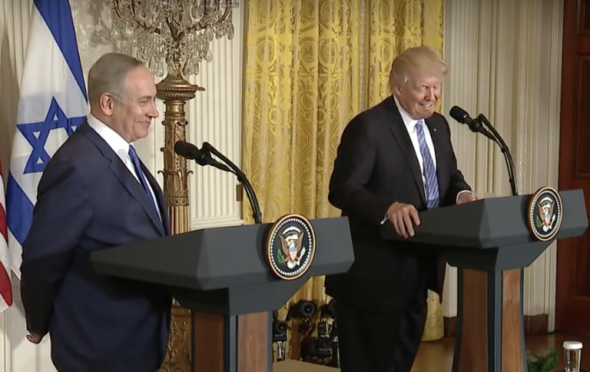 The past 14 years have been difficult for the world due to U.S. wars of choice and the growth of the surveillance state. And, the next four years do not appear likely to bring any relief to the citizens of planet earth.

The election of Donald Trump, the first U.S. President who has never served in any level of government nor in the U.S. military, has led to â€“ in a little more than two months â€“ an unprecedented number of domestic and international crises, many self-inflicted:

â€“The Trump administration has appointed to Cabinet positions members of the billionaire class from Wall Street and Big Oil, people who have the intention of destroying the agencies they are to lead.

â€“The Trump administration has proposed a budget that will increase the U.S. military war budget by 10 percent, but slash the budgets of other agencies to render them ineffective.

â€“The Department of State and International Affairs budget for conflict resolution by words not bullets will be slashed by 37 percent.

â€“The Trump Administration has appointed a person to head the Environmental Protection Agency (EPA) who has declared the worsening climate chaos a hoax.

In retrospect, I am glad I resigned from the U.S. government when I did. My decision to resign has allowed me to speak publicly in the United States and around the world on issues that jeopardize international security from the perspective of a former U.S. government employee with 29 years of experience in the U.S. Army and 16 years in the U.S. diplomatic corps.

I am glad that I could join the millions of citizens around the world who are challenging their governments when the governments violate legal standards, kill innocent civilians and wreck havoc on the planet.Î¦

Ann Wright served 29 years in the U.S. Army and Army Reserves and retired as a Colonel. She served as a U.S. diplomat for sixteen years before her resignation in March 2003 in opposition to the Iraq war. She is the co-author of Dissent: Voices of Conscience. Her article first appeared in consortiumnews.org and in popularresistance.org.

← U.S. Out of Korea
First Right to Climate Law Adopted in Colorado →