We are old climate veterans who have tried to do our part, in every way we know how, to keep our fossil-fuel addicted civilization from driving off a cliff. Are we tired? Sure. Discouraged? Absolutely. Pissed off? Yep. Sad? Call it broken-hearted. Quitting? 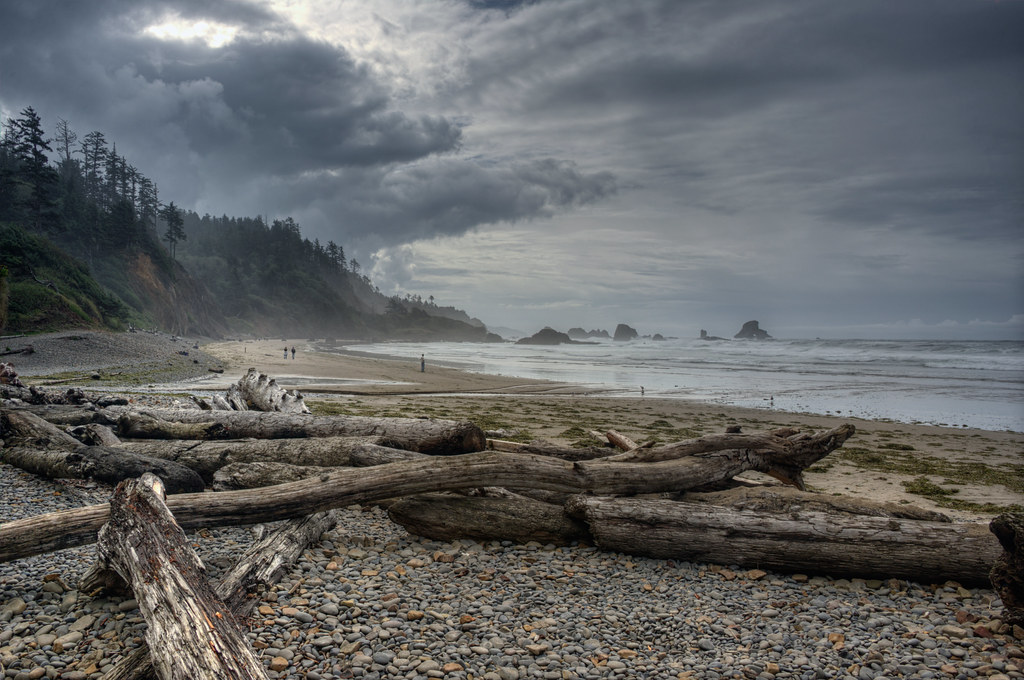 A stop along the coast led to a candid discussion between the authors about why they keep fighting a sometimes hopeless seeming battle for the climate. Photo by Diana Robinson.

It might be time. Game over, friends and experts tell us. Weâ€™re doomed. Itâ€™s true that the news about global warming is awful. More and bigger wildfires, great swaths of drought, stronger and wetter hurricanes, floods of all kinds, coastal villages a few storms away from destruction, feedback loops kicking in as methane leaks from melting tundra and heat-absorbing soils replace reflective ice, hundreds of thousands of refugees looking for safety as weather turns cruel. Destructive ways of living are skillfully protected by tangles of profit and power around the globe, and we are running out of time. The Intergovernmental Panel on Climate Change (IPCC) now gives the world twelve years to cut global greenhouse-gas emissions in half, if we are to stop warming at â€œonlyâ€ 1.5 degrees Celsius. Donâ€™t think quitting hasnâ€™t crossed our minds.

Last month, on the way from one meeting to another, we stopped along the coast to watch a red sun set through purple clouds. While parents gathered up their families, lingering children stood ankle-deep in pink water, looking out to sea. A flock of gulls flew north. Why do we keep doing this climate work? we asked each other. Maybe to our surprise, answers to the question flooded out, one reason after another.

We stayed at the beach, mulling over our reasons to stay in the fight, until the stars came out and the breeze came up. Then we walked back to the car on a mossy trail through a tunnel of spruce trees. A Swainsonâ€™s thrush sang and would not stop singing, even in the deepest dusk, and that also was a reason. The deep moss was a reason. So were the ancient trees. So were the children standing in the swash. We canâ€™t quit now.Î¦

Kathleen Dean Moore, philosopher, writer, and climate activist, is the author of Great Tide Rising. SueEllen Campbell writes books and articles about human relationships with the natural world, and curates the website 100 Views of Climate Change. This article appeared on January 14 at Earth Island Journal. Read Kathleen Dean Moore’s essay â€œBe the Hummingbird. Be the Bear: A special call to mothers, grandmothers, aunties, godmothers,and all those who love the children,â€ published in our special issue on women and the environment.

← Things Congress Could Do for Peace, From Easiest to Hardest
Why Americans Need to Act Like the Majority We Already Are →